The traditional sports world has come to a halt as a result of the coronavirus, but competitions are still happening in alternative realms. In the US, as well as around the world, stadiums have come to an eerie silence but competitions rooted in online arenas are filling the entertainment void.

According to Verizon US, video game usage during peak hours has increased 75% while video streaming has grown 12% since the beginning of the pandemic. People are staying inside more and engaging towards indoor activities that allow them to connect with the outside world.  Gaming and watching competitive live streams has become a byproduct of working from home and attending online classes.

A number of esports leagues, which over the past decade have increased their mainstream visibility and legitimacy by filling legendary stadiums such as Staples Center and Madison Square Garden, are continuing their competitions by returning to their online roots.  Streaming matches online via Youtube and Twitch, pro leagues for games include Call of Duty, Counter-strike: Global Offense, Fortnite, and League of Legends, are now faced with an opportunity to showcase familiar competitions such as Virtual F1 Racing, NBA 2K Competitions, and FIFA. Millions of dollars are being generated through esports, and a few high-profile individuals such as Drake, Shaq, and even Michael Jordan have invested into these online teams.  For current athletes that are on a hiatus from the court, have even joined in on the fun from their own controllers. NBA’s Luka Doncic, Trae Young, and Ja Morant have shown this interest in keeping their competitive fire alive through the consoles.

If you’re looking for an alternative here are a few games that can satisfy your itch for competition.

Ok, this isn’t an alternative platform to the original, but a virtual option. A few weeks back, Nascar, F1 Racing, and MotoGP are hosting online races with full time drivers taking part in the virtual action against each other.  F1 hasn’t missed a single beat in this hiatus, as they’ve hosted a virtual Grand Prix tournament this past weekend. It’s gotten so real, that even highlight reels and “Top 5” moments are already being posted online if you’ve missed out on any of the high-speed action.

Missing soccer?  This is the clearest one-to-one recommendation to the sport. It’s literally soccer, but with jet-fueled flying cars. Crazy right?  While loyal fans are familiar with FIFa and other soccer simulations, Rocket League is one of the fastest growing esports games on the market, with games on Twitch capping over 100,000 views per stream.

Overwatch is a high intensity, first person shoot-out with vibrant colors and eclectic characters. Comparable to hockey, both games are known for having frantic action sequences and intense overtimes.  Jeff Kaplan, Overwatch’s lead game designer, is also an avid hockey fan, so there’s probably some close similarity to that. Lucio, one of Overwatch’s most frequently used players, even has a special costume that is a fully hockey uniform, stick included. 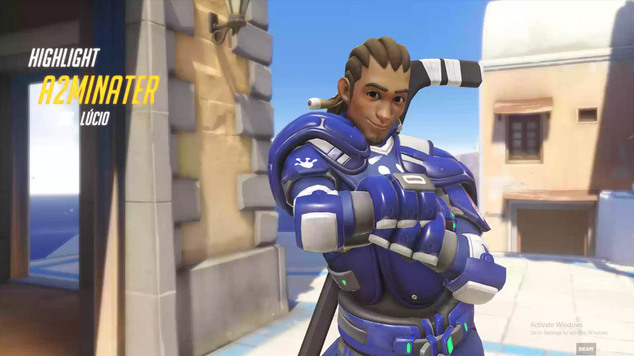 Similar to the NFL, League of Legends brings in the viewership, with over 100 million viewers tuning into the 2019 league world championship final between Europe’s G2 Esports and China’s FunPlus Phoenix teams.  Similarities are uncanny between the two games, with the objective boiling down to teams overtaking their opponent’s territory. In League of Legends, two teams of five wage war in a battle to destroy the other team’s base, tactfully dismantling the enemy’s defenses and infantry to claim ownership of the map. With play-by-play motions happening throughout the matches, strategies parallel to a quarterback’s playmaking on the 10 yard line.

Along with alternatives, there are countless virtual tournaments happening between traditional sporting games.  Since March Madness is out of this year’s question, NCAA gamers have coined and kicked off the “QuaranTourney” that has been played throughout the month.  In hopes that the community-bringing energy that sports has to our hearts, there are still countless of enjoyable virtual sports that you too can enjoy from the comfort of your couch.

Fortune, Health, and Prosperity: Finding Yours for the Lunar New Year

In the Malibu Hills with Steffi Kerson